Press enter to begin your search

Reyes Abades Efectos Especiales S.A. is a Spanish company with facilities of 2,000 m2 and an adjacent studio located in Torrejón de Ardoz, northwest of Madrid, with easy access to the airport and radial roads of Madrid. We design and produce both physical, mechanical and pyrotechnic effects for customers all over the world. Such clients include film, advertising, television, theater, public entertainment centers and live events.

We have a permanent staff of 14 technicians and designers, combining a wide range of techniques to make possible the impossible.

We like to believe that much of our success is due to our staff being willing to give the maximum of themselves in every job we are part of. 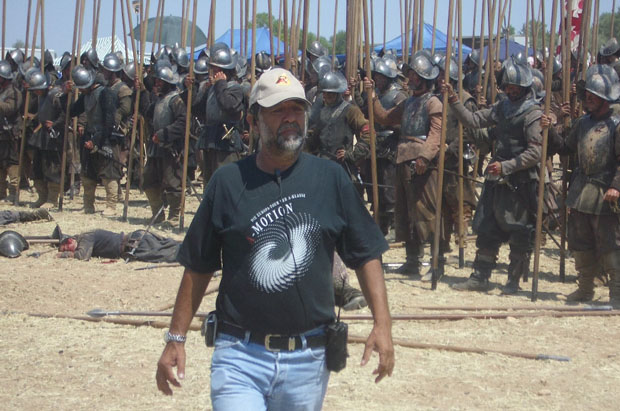 Supervisor of Special Effects with more than 35 years of cinematographic trajectory and winner of nine Goya awards for his work in ¡Ay, Carmela!, Prince of Shadows, Running Out Of Time, The Day of the Beast, Earth, Buñuel and King Solomon’s Table, Wolf, Pan’s Labyrinth and The Last Circus. Reyes Abades’ experience in the field of special effects began in September 1968, collaborating with Spanish, Italian, American and French companies. In that initial period, he had the opportunity to work with professionals of a very varied nature, acquiring the basis and preparation necessary to form his own firm, which came to light in 1979. Since then, in addition to dedication to the national and international film industry, Reyes has collaborated in advertising, television, audiovisual shows, theme parks and major events.

Among the different awards he has earned throughout his career are the Ricardo Franco prize at the Malaga Festival, the Extremadura medal and the Fine Arts Medal awarded to him in 2010.